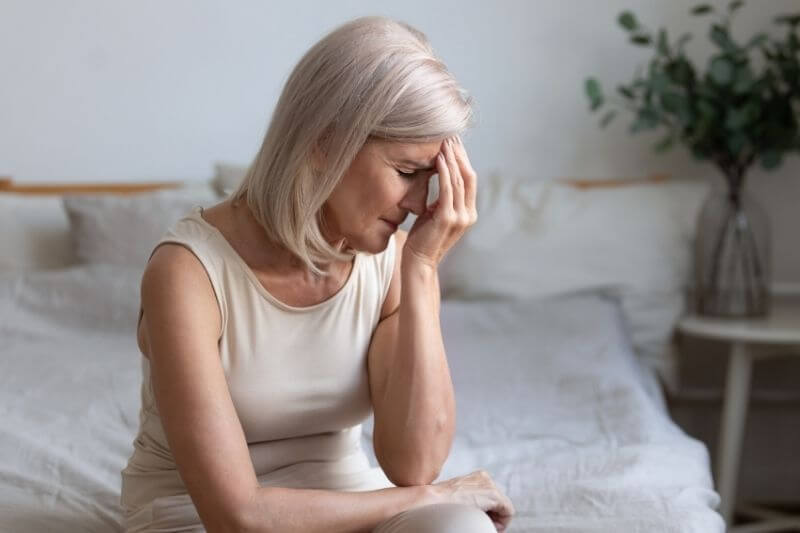 Women are often juggling many things at one time – career, family, relationships – often leaving them tired and stressed with little time for self-care. Women who are mothers to small children even more so. Because of the constant demands on women, any medical symptoms are often attributed to stress, exhaustion, hormones and the like by the medical community. Women’s symptoms may be downplayed or attributed to their emotional or mental state. This is called gender bias.

Studies have shown that gender stereotypes can and do impact how doctors view and treat patients. Bias can be explicit (expressed) and/or implicit (unconscious). Whatever form it takes, gender bias can actually drive disproportionately negative outcomes. When a physician either consciously or unconsciously incorporates bias in their assessment and decision-making process, the patient may not receive adequate or timely medical treatment.

Medical Treatment protocols have relied on male-skewed studies. Up until 1994, women were not included in medical trials. This was due, in part, to the fact that women were mistakenly considered to be similar to men in how diseases presented and how their bodies responded to treatment. Even with increased knowledge of how they differ, there is still treatment disparity between men and women. An example of this is in the area of heart disease where women will present with different symptoms than their male counterparts. One study showed women having a heart attack are seven times more likely to be misdiagnosed and discharged from the hospital than men.

Doctors view women’s symptoms differently. One study examining the impact of the patient’s gender on the doctor’s perception of symptoms was particularly revealing. Women with chronic pain were much more likely to be assessed as “emotional” or “hysterical,” and that pain in women was more likely to be treated as a mental versus a physical condition. By contrast, men who reported chronic pain would typically be described as “brave” or “stoic.” These differing perceptions based on gender are a large factor in treatment disparities.

Doctors do not listen to women. The majority of women have had the experience of not feeling “heard” in the exam room. All too often physicians form quick bias-informed opinions and fail to connect with their female patients in a productive way. Symptoms can be downplayed or attributed to causes other than physical. One term for this is “medical gaslighting,” and it particularly impacts women, especially younger presumed physically “healthy” women. This can not only result in diagnosis and treatment delays, but also may make a female patient doubt or underplay the seriousness of her own symptoms.

To minimize the effect of gender bias as a woman, you should:

Be aware. Understanding that gender bias exists and how it typically manifests will help you in assessing the quality and relevance of the medical care you are receiving. Also be aware that, given the overall medical culture, female providers are not immune from gender bias.

Do not accept a provider’s opinion at face value. The fact that you are a woman juggling multiple priorities should not be used as an excuse to ignore symptoms or attribute them to “stress” or an emotional source.

Trust yourself. Many women downplay the seriousness or urgency of troubling symptoms, and that can be reinforced when a physician does the same. Be confident that you know best about what’s happening in your body and be alert to any attempt to convince you that you are wrong.

Be a self-advocate. This is your health and your body. If you do not agree with a physician’s assessment or opinion or do not want to take the often used “wait and see” approach, get a second (or third opinion). If you or someone you know has experienced harm as a result of possible provider bias, consulting an experienced medical malpractice attorney can help determine next steps.

« Can You Trust Your Physician’s Referral Process?
How The Well-Being Of Nurses Impacts Patient Care »