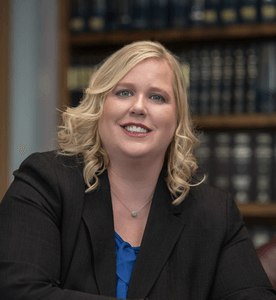 Attorney Thomas has been a civil litigation attorney for nearly 20 years. Beginning her career as a judicial law clerk in the Philadelphia County Court of Common Pleas, she honed her skills in legal research and writing, and worked closely with the judges in overseeing jury selection, ruling on motions, and drafting judicial opinions.

Given her background handling cases for both sides of complex legal issues, Attorney Thomas has a unique perspective understanding the inner-workings of the court system and insurance companies. She has negotiated numerous successful settlements for her clients including multiple million dollar plus settlements.

Attorney Thomas received her BA from Ursinus College in 1999 and her JD from Temple University Beasley School of Law in 2002.